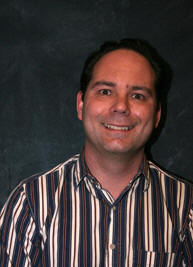 Dr. Kevin M. Windisch of Sparks, Nevada has been placed on the “Known Genital Mutilators” directory at neonatalcutting.org.

Here’s a sample of comments about Dr. Windisch and what he does:

“I called this doctor’s office after viewing this video and was told that the doctor did this circumcision on his own son. I told them that he should be put in jail for the sexual assault of his child, and that he was no different from the people in Africa who genitally mutilate their daughters.

He doesn’t know the harm he did to this baby, because this was probably was done to him and he doesn’t know what the foreskin is for. Those who were sexually abused as children are at increased risk of becoming sexual abusers. It’s true in his case.

For all the degrees he earned, he failed to get a degree in compassion, love for his child, and basic common decency and respect for the rights of children. And this man is a pediatrician! God help us all with doctors like this.”

Doctor Windisch, someone who is entrusted to help and heal, is shown here circumcising “Ben” with all the ethics and compassion of an axe-murderer. Caution, those with humanity may consider this brutal and horrific:

It seems that people that do horrible things also do things that are harmless to others. What doesn’t fit: photography, managing diseases, mutilating an infant without consent?

Maybe I was wrong in comparing Dr. Windisch to an axe-murderer. Like other circumcisers, he doesn’t seek to kill his victims (although some do die) he just wants to kill:

Let’s call them molesting-scalpel-mutilators who shake down their victims and sell their organs.

Check out Dr. Windisch’s video library where you can see various videos from hypnosis to circumcision.

Despite his website and all his videos, Dr. Windisch provides no risk and complication information about circumcision. You can read that here.