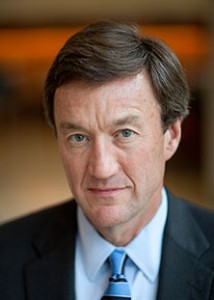 “Mission and values
Mayo Clinic’s mission is to inspire hope and contribute to health and well-being by providing the best care to every patient through integrated clinical practice, education and research. Our primary value is “The needs of the patient come first.”

Circumcision is the surgical removal of the skin covering the tip of the penis. Circumcision is fairly common for newborn boys in certain parts of the world, including the United States. Circumcision after the newborn period is possible, but it’s a more complex procedure.

For some families, circumcision is a religious ritual. Circumcision can also be a matter of family tradition, personal hygiene or preventive health care. For others, however, circumcision seems unnecessary or disfiguring. After circumcision, it isn’t generally possible to re-create the appearance of an uncircumcised penis.”

Mayo has failed it’s mission when it performs permanent genital mutilation on unconsenting infants as they satisfy the needs of parents and others AND NOT THE ACTUAL PATIENT.

Penis before and after circumcision

Using cartoonish illustrations and passive language such as this gloss over the brutal cutting and crushing involved in circumcision.

Circumcision is a religious or cultural ritual for many Jewish and Islamic families, as well as certain aboriginal tribes in Africa and Australia. Circumcision can also be a matter of family tradition, personal hygiene or preventive health care. Sometimes there’s a medical need for circumcision, such as when the foreskin is too tight to be pulled back (retracted) over the glans. In other cases, particularly in certain parts of Africa, circumcision is recommended for older boys or men to reduce the risk of certain sexually transmitted infections.

The American Academy of Pediatrics (AAP) says the benefits of circumcision outweigh the risks. However, the AAP doesn’t recommend routine circumcision for all male newborns. The AAP leaves the circumcision decision up to parents — and supports use of anesthetics for infants who have the procedure.

The most common complications associated with circumcision are bleeding and infection. Side effects related to anesthesia are possible as well.

Rarely, circumcision might result in foreskin problems. For example:

The listed risks are incomplete and don’t convey the real risks of this surgery, including death. For more information about risks see here.