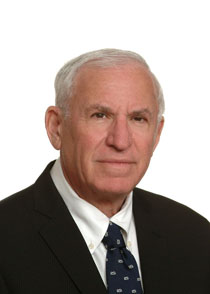 Dr. Murray Katz has been placed on the “Known Genital Mutilators” directory at neonatalcutting.org

“TRUSTED FOR OVER 25 YEARS WITH MORE THAN 40,000 CIRCUMCISIONS PERFORMED.
Dr. Murray Katz MDCM is a graduate of the Faculty of Medicine, McGill University. He has practiced pediatric medicine for the past 35 years. For 13 years he was the Medical Director of the Tiny Tots Medical centre in Dollard Des Ormeaux.

He is a certified Mohel (religious circumcision official) and often works at synagogues alongside a Rabbi. He has taught circumcision procedures to over 25 other physicians, including certified pediatric urologists.”

So, with 40,000 circumcisions performed, there was no disease cured, no ailment healed, yet how much pain and suffering inflicted is unknown. We do know, however, that 100% of those 40,000 infants were permanently disfigured.

Below “Understanding Circumcisions” we see:

BENEFITS AND CARE
Circumcision is a big decision for parents, and there is a lot of contradicting information available online. We put this information together to help you make an informed decision on whether circumcision is the right choice for your child.

There is also good evidence that preventing a urinary tract infection from happening in the first place is a major benefit of circumcision.

These supposed benefits have been debunked and continue to be listed as a reason to mutilate baby boys. It’s common knowledge that UTIs are preventable – in both boys and girls – by practicing good hygiene.

Circumcision complications
The most important complication is bleeding. A very few number of babies will have a small infection. In very rare cases, there can be some injury to the head of the penis.

This is incomplete and misleading, as the most important complication is death. There is no evidence that injury to the head of the penis is rare, as no data is kept regarding these complications.

Then under “Frequent Questions” we see:

Is your circumcision procedure a bloodLess procedure?
During the administration of the analgesia by an injection there may be some bleeding at the place where the injection is done. This is almost very minimal and never really needs any special means to control. A small bruise however may be produced.

It is important to recognize that the penile area is very vascular with a lot of blood supply so concern about too much bleeding is very important.

So, if “the penile area is very vascular with a lot of blood supply,” why take any unnecessary chances, especially when it isn’t your life to risk.

What is the true function of the prepuce?
There are many claims made about the function of the prepuce. Some feel it is part of our immune system. Some feel it somehow protects the glans. Protection of the glans against a condition called meatal stenosis where the opening of the urethra on the glans can become too tiny is probably true. This complication is more common in circumcised boys than those not circumcised. Meatal stenosis if severe can need a minor surgical repair needing to be done.

BEST EVIDENCE AS TO THE FUNCTION OF THE PREPUCE

The best evidence is that the function of the prepuce is to stimulate rapid ejaculation. Some men develop too rapid an ejaculation and seek a circumcision to help with this. The evidence also suggests that the pleasure from an ejaculation is the same in men who have been circumcised compared to those who have not.

There is no evidence whatsoever that “the function of the prepuce is to stimulate rapid ejaculation” and much evidence that the foreskin has many important functions. This is a bald-faced lie designed to scare the public into thinking circumcision is good for men’s sex lives.

I read that circumcisions are dangerous. Is it true?
There is a great deal of information on the Internet that is confusing and unreliable. On one side there are those who oppose circumcision and consider it to be a “mutilation” and a violation of the rights of the newborn. They offer all types of non-scientific claims and report horror stories of cases where the procedure did go wrong as if this was what happens in most cases.

On the other hand there are those who claim medical benefits for circumcision that are not proven and so rare that they should not be a factor in the decision of the parent. They claim the procedure is “painless” and that bleeding almost never happens. We do not agree with this.

Our aim is to provide you with reliable scientific information about the circumcision procedure we do in our office. We are neither for nor against circumcision. We will explain what benefits appear to be proven and which are not proven.

Those that “consider it a mutilation and a violation of the rights of the newborn” are 100% correct, and there is no way to deny this: the baby is held captive and forced to undergo genital mutilation (unnecessary surgery).

Since Dr. Katz provides almost no information about the risks and complications of circumcision, you can read that here.