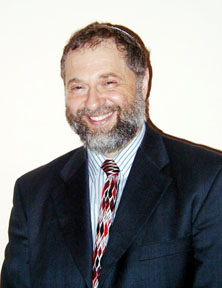 Dr. Aaron Jesin of The Jesin Circumcision Clinic is a family physician and Mohel who does ritual orthodox and non-ritual circumcision. His biography at drjesin.com:

Click on the happy (circumcised?) baby to get this greeting:

Welcome to The Jesin Circumcision Clinic
For those who have made a conscious decision in favour of circumcision, whether based on cultural, ethnic, religious or medical grounds, this Clinic offers an efficient and sensitive procedure to circumcise your male infants and newborns.

Unfortunately, the baby isn’t one of “those who have made a conscious decision.” Routine circumcision – genital mutilation, actually – of babies, male or female, is unethical without consent. Of the infant, that is.

The rest of the information on his website is overwhelmingly pro-circumcision, with only a hint of risk at “Circumcision Aftercare” where “bleeding” and “infection” is mentioned one time each.

Under “Why Circumcise” we read “The religions of Islam and Judaism require circumcision,” and that “Medical considerations are numerous” such as prevention of penile cancer, urinary tract infections, and transmission of STDs, all of which have been debunked or are irrelevant (see ‘soap and water,’ ‘condoms,’ and ‘very rare cancer’).

The medicirc.org link to more info doesn’t work, but under “Medical Benefits of Circumcision” are wildly pro-circumcision, radical, mostly non-sourced, and very old posts relating to just a handful of pro-circ advocates. Just one example:

Uncircumcised Men Harbor More Bacteria
A recent study of immigrant MEN to Israel showed the uncircumcised men harbor more bacteria in the intact foreskin, including more microbes for sexually transmitted diseases, including the AIDS virus.
There were higher amounts of urinary tract infection bacteria in 17 percent of men with foreskins and 4 percent of circumcised men. That 17 to 4% seems to be pretty standard for all sorts of bacteria on the end of penises – so those women when suffer from various infections had best have their male sex partners treated, or better yet, married or not, made to use a condom unless they’re trying to get pregnant and then make sure he sees a doctor REGULARLY.
Contrary to the brainwashing women have gotten regarding the “purity” of men’s peni and their sperm – ignoring the fact that men handle their penises with dirty hands because few men wipe or wash their hands BEFORE and spread hand to penis infection/dirt to their precious reason for living. They seldom wash afterwards either.
It is fact that the peni is often the transmitters of bacteria that can cause women great harm and even death in unprotected sex.

No source listed for “men handle their penises with dirty hands because few men wipe or wash their hands BEFORE and spread hand to penis infection/dirt to their precious reason for living.” Is that a scientific term? Hopefully something got lost in the translation.

Under “Mohel Humour” there’s this not-so-humorous (but telling) entry:

Q: What is the technical term for an uncircumcised Jew who is more than 8 days old?
A: A girl.

Since Dr. Jesin has incomplete information about the risks to your child, you can research that here.