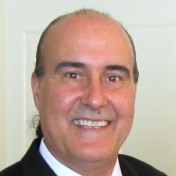 Longtime MRA from Long Island, NY , 57 yrs old and and have been active with The National Center for Men, NCFM, AVFM, and continues to be active on and off the street. I had a MRA cable TV show in the early 2000's, and now post MHR videos on my youtube channel where I'm known as jerrytheother. I've attended many protests in the name of MRM - including one leading to us being sandbagged by Micheal Moore on "TV Nation" and being labeled as "angry white men." Well Michael, we're back, with reinforcements!